Restless? Tired of scrolling? You & your phone do not know what to do with each other? Have a double face wash, a moon massage, some soul shuffling or a Milky Way shower with the DIGITAL HEALING filter for Instagram!

Language is made of broken symbols. What then is the symbol of language? A labyrinth. What is a broken labyrinth? Another labyrinth. Once inside the structure of language, it is very difficult to leave it. From within, we may not notice a difference between a labyrinth and a broken labyrinth. Nevertheless, we have now entered a new phase: we speak the doubly broken symbol beyond language. These leftover pieces aren’t part of any language proper, nor are they symbols. They are the enlightened markings on the walls of a dark beating heart.

This ongoing series of crude oils seeks to turn Plato’s cave inside out, waiting for the emergence of a new cave-human out of the ensuing metaphysical hole, spinning themes like time, space, eternity & mercy into garlands to celebrate the entry of this new being. Black oil on painted canvas.

Starting at 5.54 PM on June 21st, coinciding with Summer Solstice, this evening will include an immersive art program as well as a cross-disciplinary dialogue between scholars from different scientific fields, artists, (digital) designers, technologists and healers.

The dialogue will serve to map the territory between different disciplines, covering terminology that is used, but interpreted differently, in the fields of technological world-building and ancient self-mastery.

Using the format of a sharing circle, we will systematically explore the mazes these terms present us with. The conversation, with individual interpretations of these terms, will be recorded and transcribed to create an open-source glossary (to be further developed after Summer Solstice).

The artist program will include video screenings and ritual artist performances, with which we aim to advocate for a radical resensitization within our technology enabled nature.

The night will see hybrid DJ sets and mind-enhancing potions.

Gijsbert Wouter Wahl is an artist-philosopher. He studied Fine Art at the Royal Academy in the Hague, and Philosophy at the University of Amsterdam, with a main interest in Metaphysics & Philosophy of Language. His works aim to reveal the structure which gave rise to human language, thought and vision. As this structure is not the statistics of its contents, nor its grammar, nor any of the specific things said with it, its shape can only be brought to light by speaking in tongues. Or, alternatively, by turning Plato’s Cave inside-out. Gijs Wahl’s work is the sensuous manifestation of such an act. Using himself as the medium, it can be expressed in any kind of media.

Gijs is currently working on a book and exhibit about alchemic toddlers, Rumpelstiltskin and the final stages of language, as well as extending his practise towards digital, physical and spiritual design with the development of Augmented Reality effects and objects. 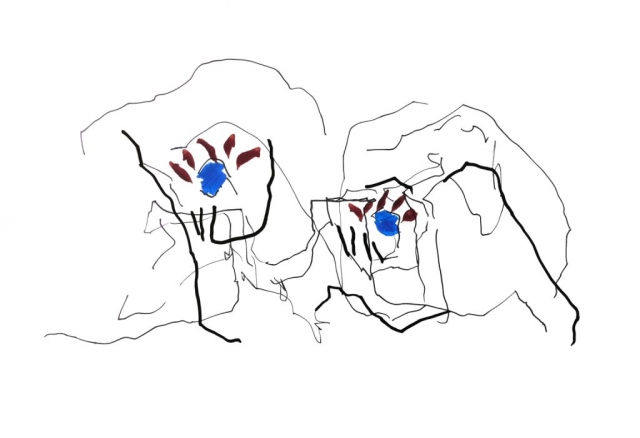 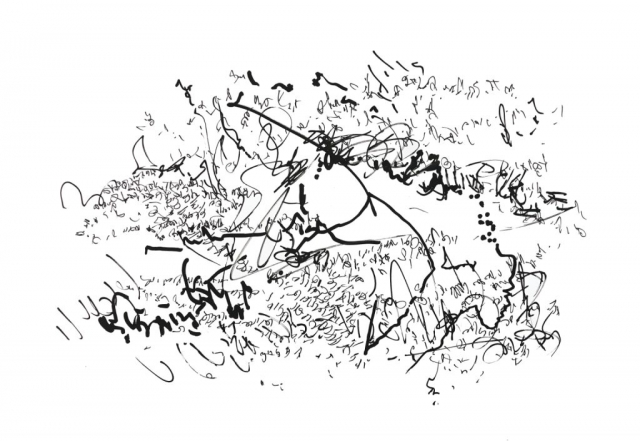 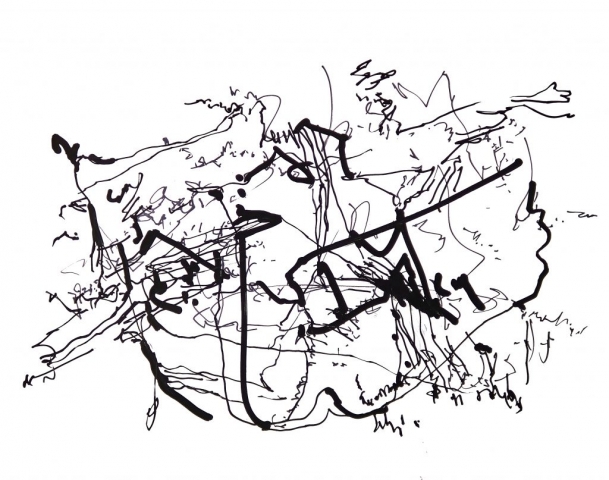 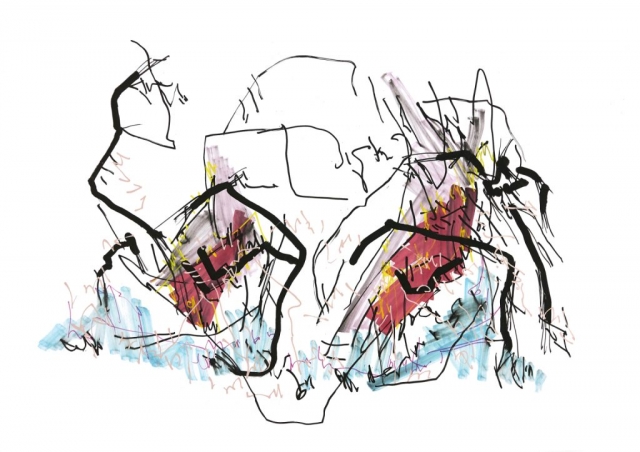 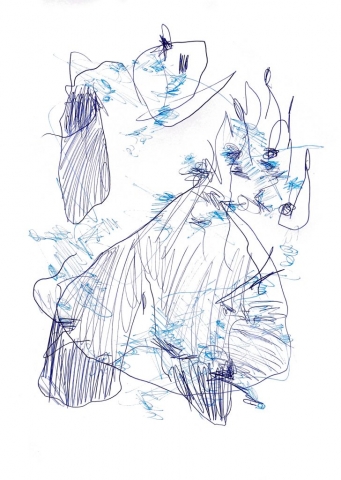 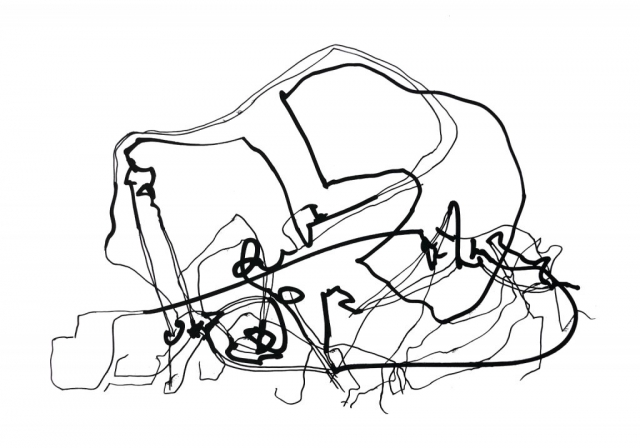 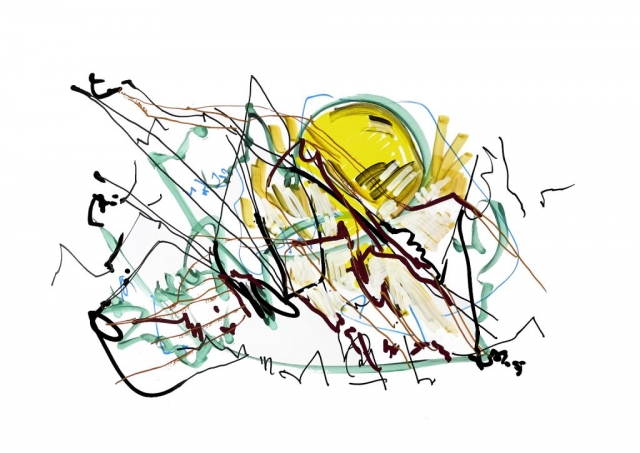 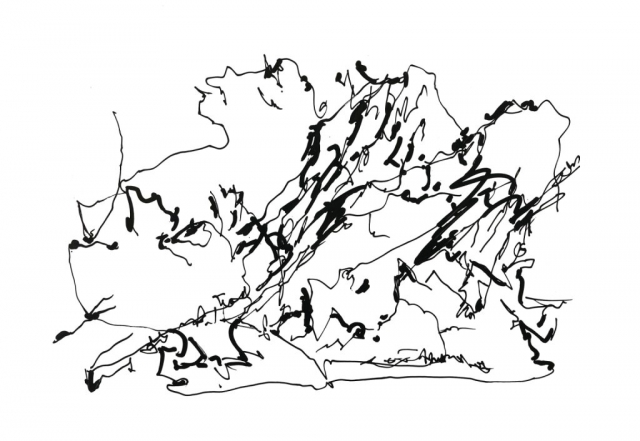 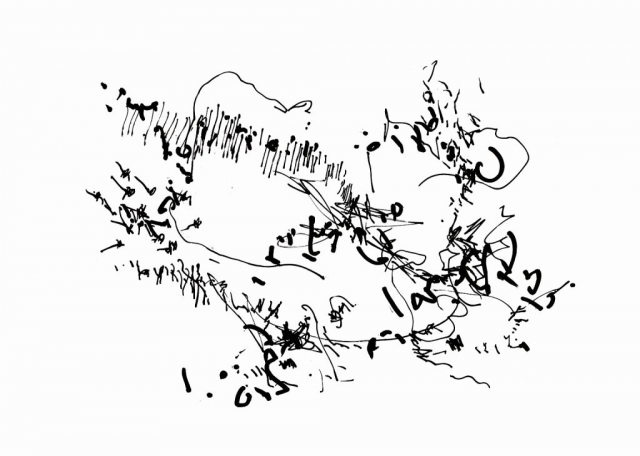 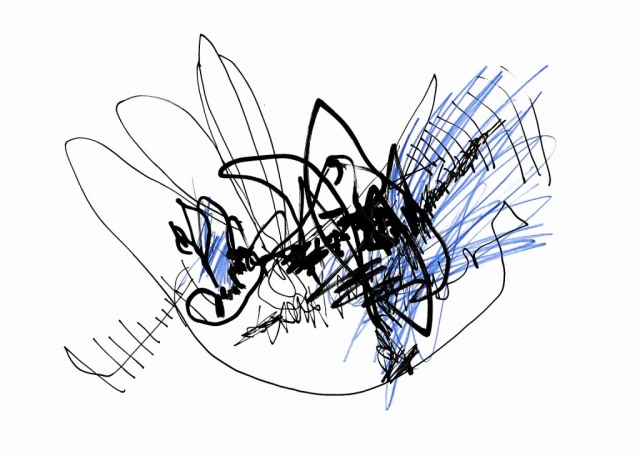 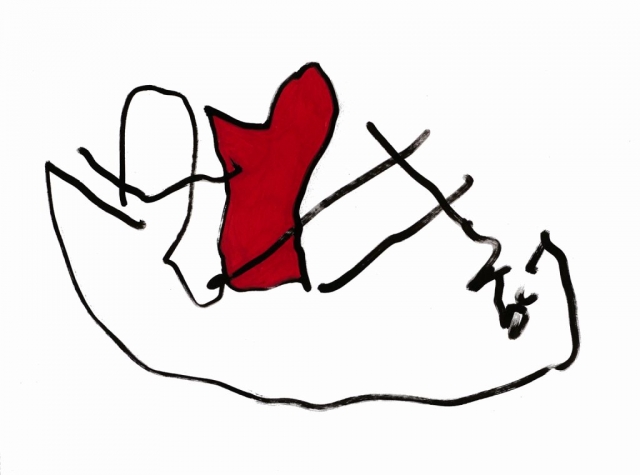 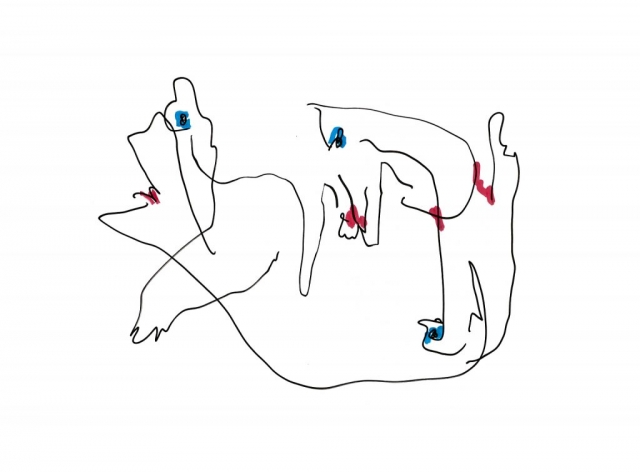 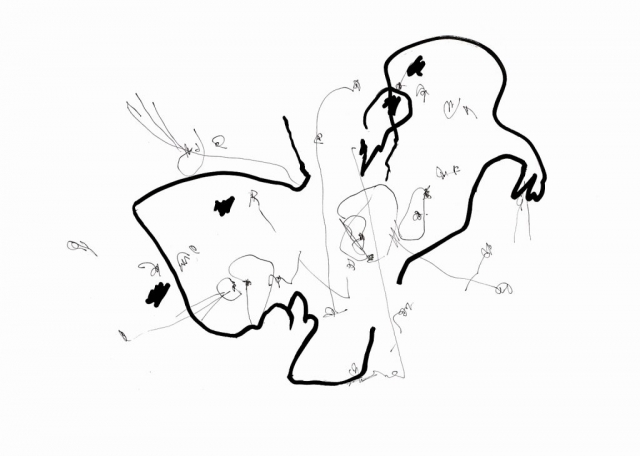 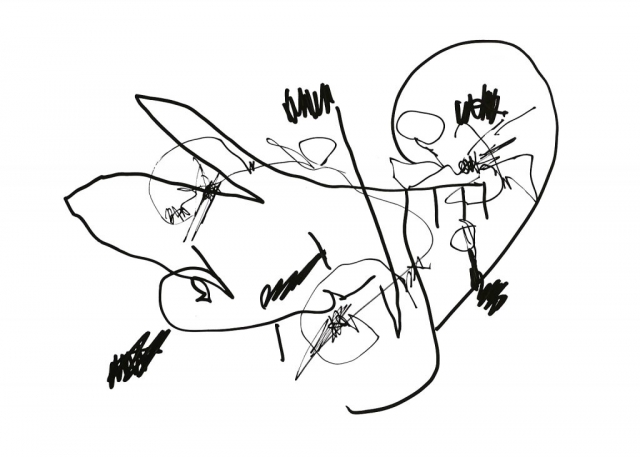 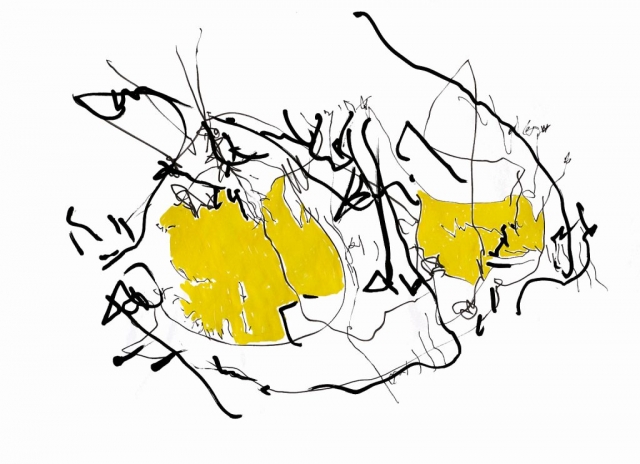 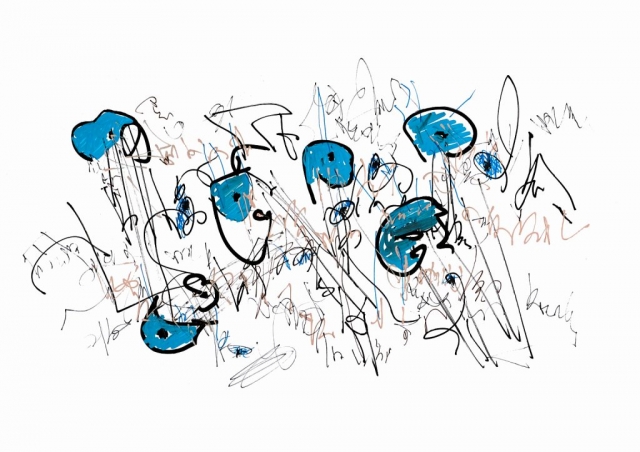 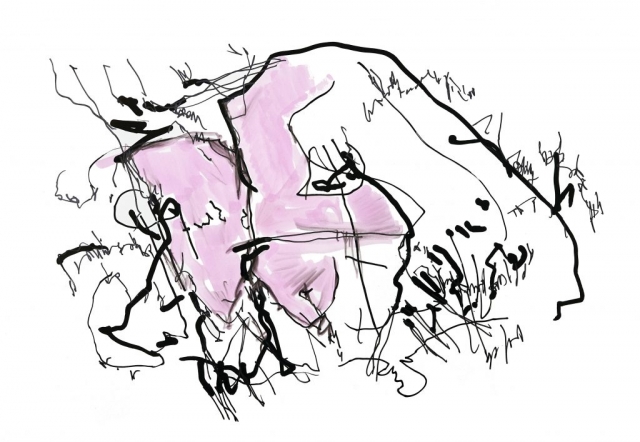 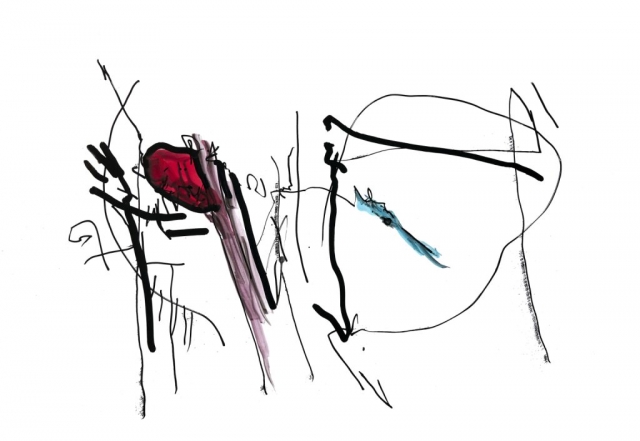 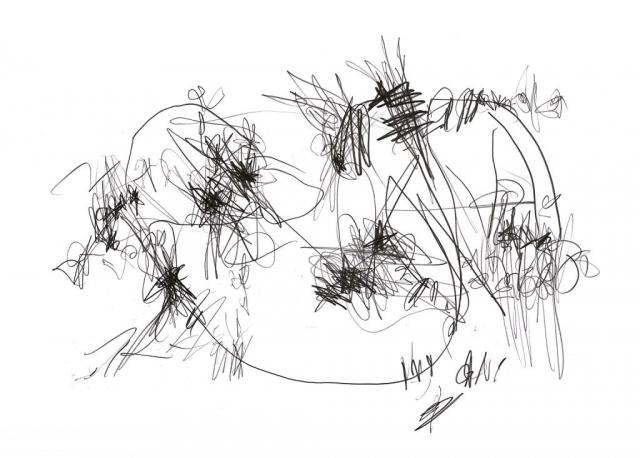 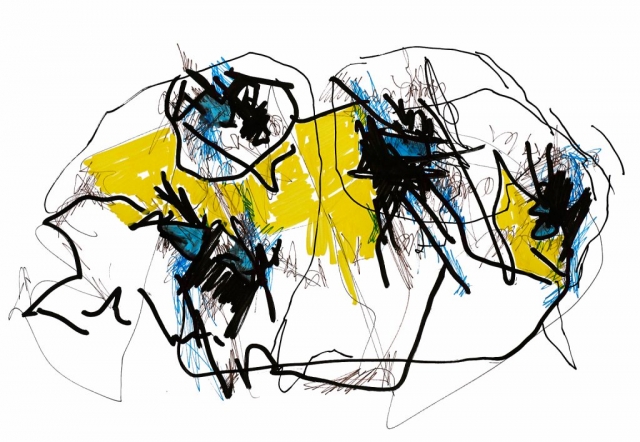 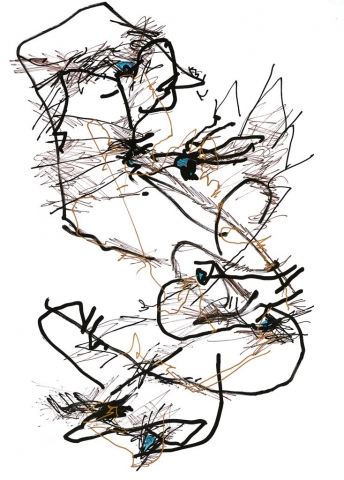 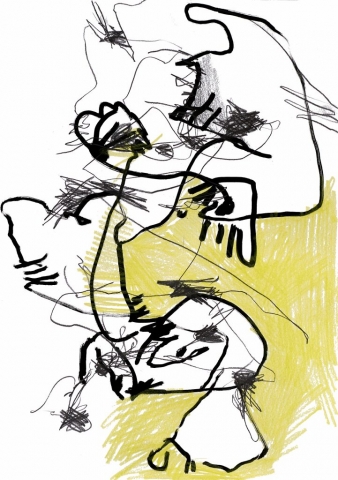 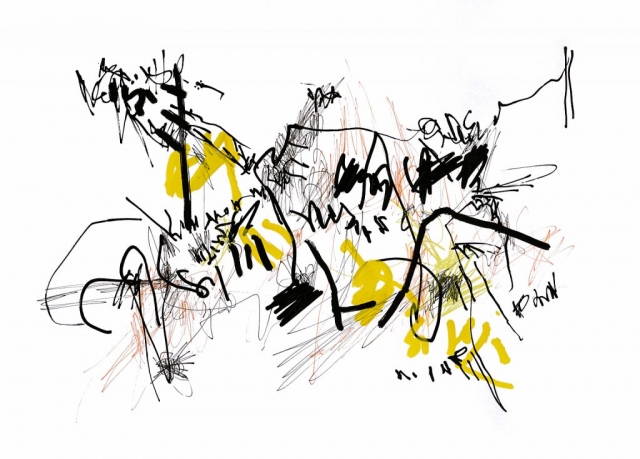 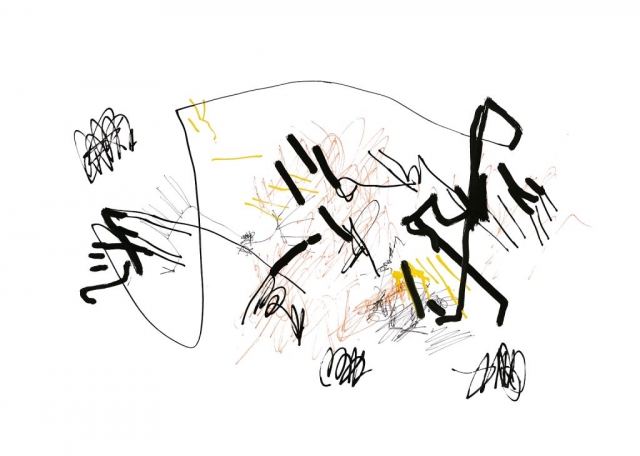 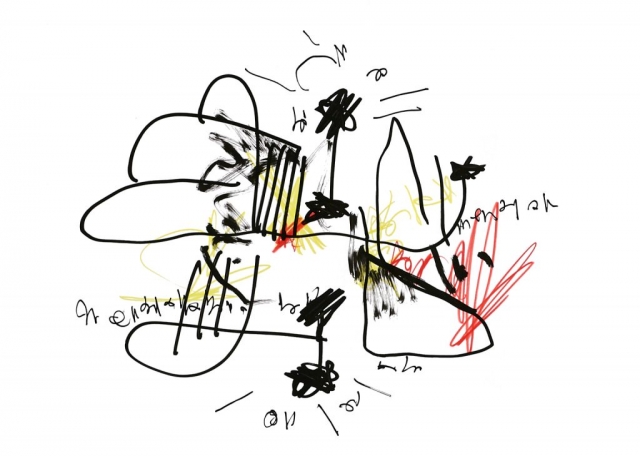 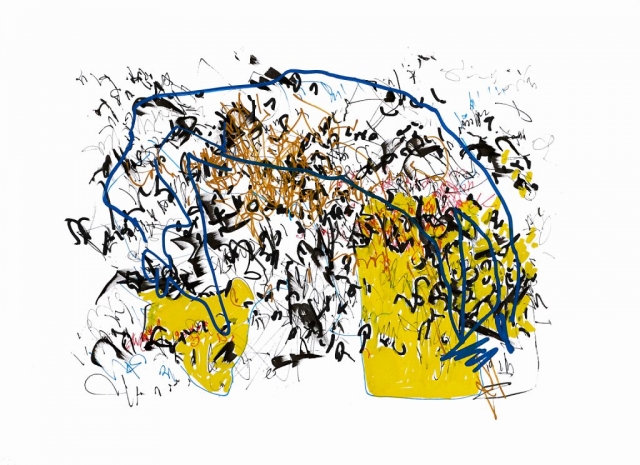 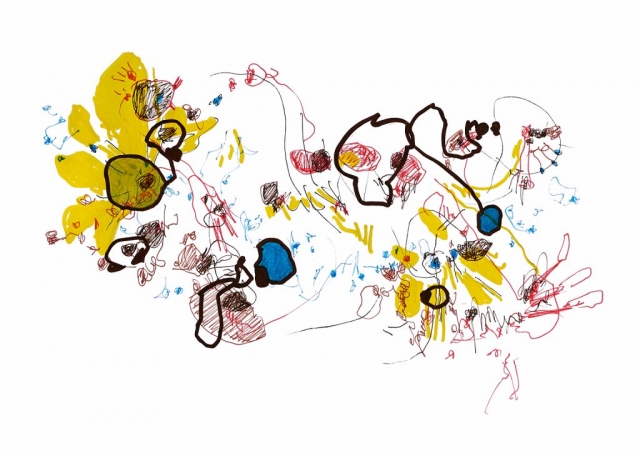 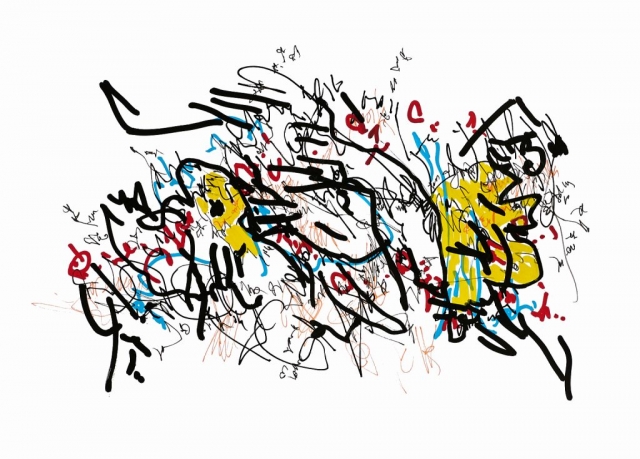 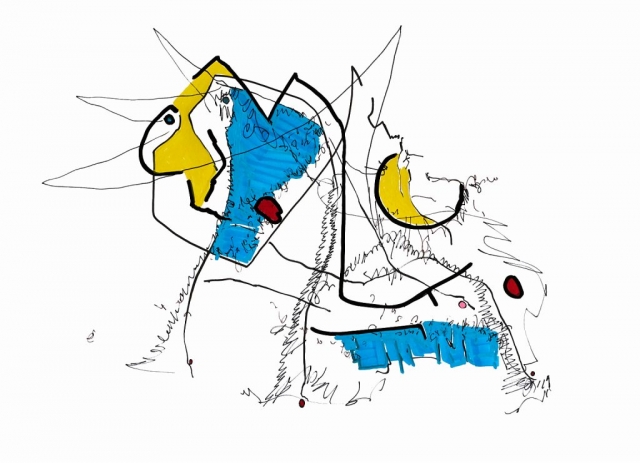 CIVIC VIRTUE was a collective of four artists: Geirthrudur Finnbogadottir Hjorvar, Gijs Wahl, Ruchama Noorda and Brian McKenna. The group was established in 2009 around a shared interest in the ways in which social communities organize themselves around various symbols of power and virtue, and how these symbols continually re-emerge over the course of history. One can think for instance of the classical pillar (now seemingly funding library or bank building), and allegories such as Liberté, égalité, fraternité. By way of the different artistic and idealistic perspectives of it’s members, CIVIC VIRTUE seeks to place these symbols and allegories beyond any specific historical, political or social appropriation. Subsequently, CIVIC VIRTUE positions itself around these symbols as a social community. CIVIC VIRTUE is not only a platform for research, it’s also a performance.

A perfect example of the appropriation of ancient symbols and allegories by a new social order is neoclassicism. Its classical motives and symbols were revived in order to provide a new language for the revolutionaries of 1789, but equally served the reactionaries. Therefore, neoclassicism is a most suitable point of departure for CIVIC VIRTUE’s aesthetic experiments, as it is positioned exactly at the crux of revolt and revival, renewal and conservation. The symbols images and allegories, on which these different concepts lean, can offer an independent point of view on the beginning, end, or perseverance of any social community. With these symbols in hands, CIVIC VIRTUE presents a reenactment of the social community.

Simultaneously a dynamic platform for research as well as itself a social test-case, CIVIC VIRTUE seeks to develop an alternative production and exhibition practice. Instead of the vertical structure of institutions and curatorial practice, in which artists are invited to merely respond to a given context, CIVIC VIRTUE provides a dynamic social platform in which context, work and collective process continually inform and transform each other, so that every exhibit is not the end of a road, but itself the material for new visual and social experiments.

In order to keep a strong focus on the dynamic between the individual artist and the collective process, and to stay idealistically open and challenged, CIVIC VIRTUE has developed various working methods during it’s first two exhibitions (CIVIC VIRTUE I: A Neoclassical Revival, and CIVIC VIRTUE II: Bamberg). Every exhibition a fifth member is invited to participate. This can be someone from the field of visual arts, but just as well from theater or music. This continually ‘updated’ member helps keeping a critical distance of the group towards itself. Likewise, CIVIC VIRTUE likes to insert foreign and ancient work in its projects, and stretch them beyond our own work, ideas and times. We have borrowed from various historical collections and museums, including the Allan Pierson Museum in Amsterdam and the Historical Museum and Ludwig Collection of the city of Bamberg. A final important aspect of CIVIC VIRTUE’s working method is that it not only continually tries to push and stretch it’s objects and ideas beyond current place and time, it intends to do so with it’s members too. Each member develops his or her own character in the group, like those in a pop band or hero comic. In this way each individual stance and contribution is secured, by demarcating for each his own specific conceptual domain. At the same time, this pushes each individual beyond the mere contemporary reality of position and character. Through the development of a fictional character, ‘being a member in a group’ is reformulated as ‘playing a part in a performance’.

Website with documentation of works of the past years: civicvirtue.info